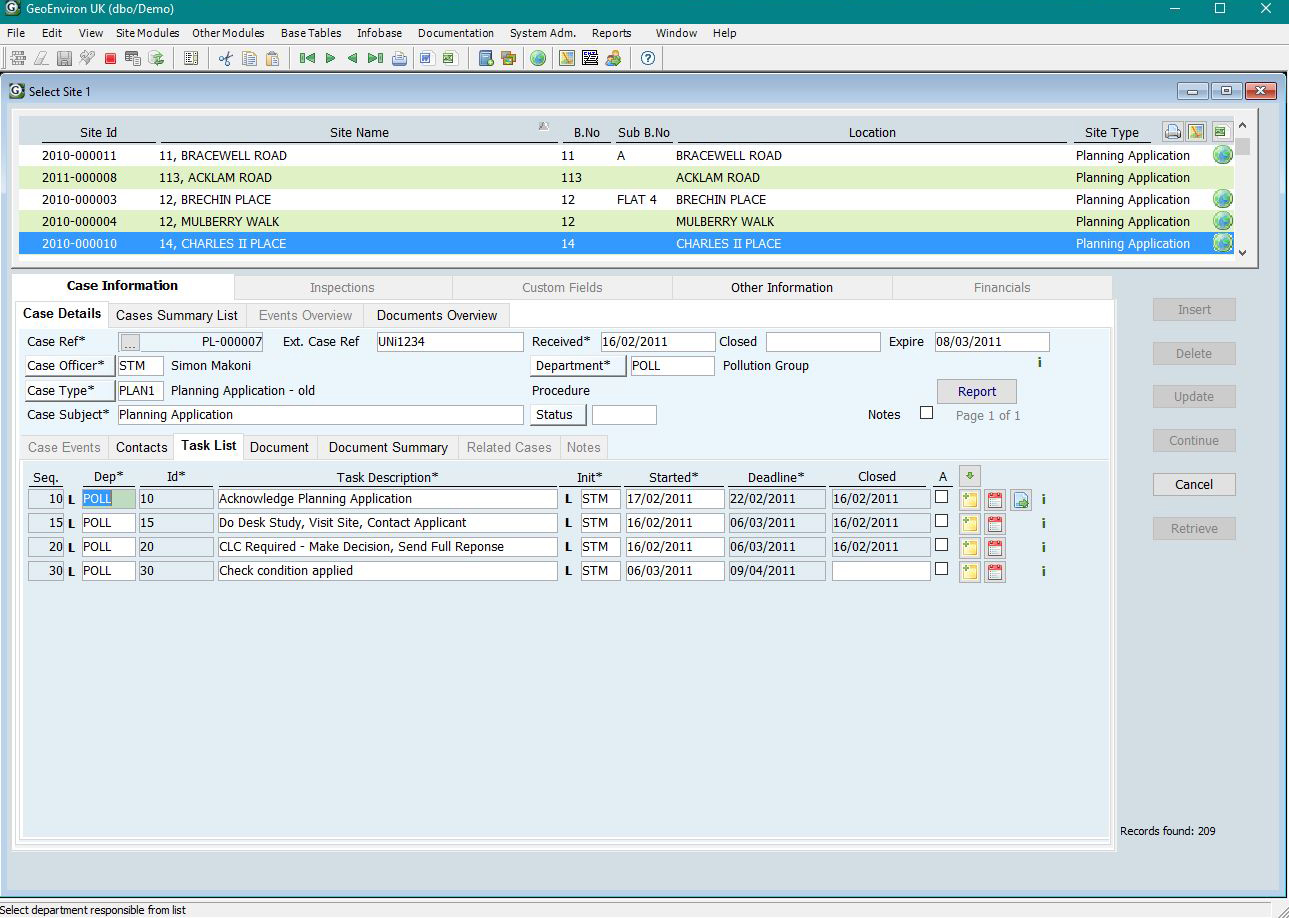 STM Environmental has recently completed 3 preliminary risk assessments on behalf of Hart District Council in Hampshire. They are, however, only the latest stage of a systematic assessment of potentially contaminated land sites in Hart which covers nearly the whole Part 2A process. STM have now worked on 3 distinct projects with Neil Hince, Principal Environmental Health Officer with Hart DC as he strives to undertake Hart’s Part 2A duties with limited resources. We think that the work undertaken by Hart DC with STM Environmentals assistance is an excellent example of how appropriate site prioritisation can be used to progress Part 2A even on a limited budget so we wanted to share it.

By the summer of 2008, Hart DC had compiled a list of potentially contaminated land sites, based primarily on historical mapping supplemented by data such as disused tanks and waste disposal sites registers. Each site was defined by a point, line or polygon in ArcGIS layers. A lack of staff resources, however, meant it looked like it was going to be a long and laborious process to move the project forward. After initial discussions between Neil and STM Environmental in 2008 the first project was devised to begin to identify any sites of real concern, minimising the use of resources on insignificant sites.

Neil Hince was keen to use a model developed by the Hampshire authorities, including Hart, to prioritise sites but he was also acutely aware of the need to ground truth the sites at the same time, a task for which he simply didn’t have the manpower. Working within Hart’s tight budget, STM were able to develop a plan to prioritise the 1000 or so sites on Hart’s list and undertake ground-truthing walkovers on 100 (10%) of the sites.

The prioritised list was supplied to Hart DC together with the GeoEnviron Site Prioritisation Sub-Module so that the authority can modify their prioritisation lists as new information becomes available. The module links seamlessly to Hart’s ArcGIS system. Hart DC were unable to justify visits to all the sites so, armed with the new list of prioritised sites, Neil was able to review information on sites and select the 100 sites he believed justified site walkovers. These walkovers were undertaken by STM in the summer of 2009 and the data imported into GeoEnviron. Given the range of factors in the prioritisation methodology this updated information could easily have modified the prioritisation scores of specific sites so it was important that this latest information was included. These were not the detailed site walkovers that one might undertake as part of a Preliminary Risk Assessment but were limited to confirming that on-site conditions reflected the information available from desktop sources.

Having undertaken the initial prioritisation and ground truthing project, the next phase was to review all the information of available and select the most significant sites. 10 of the top 100 sites were selected for further study. These sites included waste disposal sites, gas works and timber treatment works, all currently used for housing with gardens.

Then STM worked with Neil Hince to decide which of these 10 highest priority sites should be brought forward for preliminary site investigations and risk assessments. 3 sites were selected. Two of the sites were former Gasworks which are now residential housing and the third was a former landfill which is now used as a sports/playing field. The preliminary site investigation and risk assessment reports have now been submitted to Hart and Neil can now decide how to move forward to the next phase.

Overview: The Part 2A Process

It is interesting to review the individual projects undertaken by Hart DC in collaboration with STM Environmental as they illustrate the phases through which local authorities need to go as they progress with Part 2A. At each phase the number of sites submitted for further investigation reduces but the information about each of those sites increases. The process should be guided by an objective and transparent prioritisation system, such as the GeoEnviron Site Prioritisation Module,that uses new information to reprioritise sites as the work progresses. Only then can you be satisfied that those sites put forward for detailed and intrusive site investigation.Neil Hince started the work at Hart DC with limited staff resources and funding and with what could easily have been the overfacing task of investigating 1000 potentially contaminated sites. By approaching the work in a systematic way, using the appropriate tools, and with STMs assistance, Neil has managed to make sure that Hart DC have complied with their statutory responsibilities, targetting limited funding in an appropriate and cost-efficient manner.